It can be a dry subject so here are some fun facts, interesting snippets and snap-shots from the history of footwear. 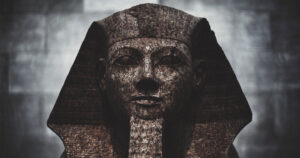 The Ancient Egyptians used to paint the picture of their enemy on the sole of their shoe so that they stamped on them when they walked and today in parts of the Middle East, throwing your shoe at someone is considered a gross insult.

The Romans are thought to have been the first to make left and right shoes, previously both had been the same, and they coloured them according to rank.

In the thirteenth century shoe/boot makers were called ‘Cordwainers’, named after the fine, hard wearing goatskins that came from Cordova in Spain.

‘Cobblers’ at this time did not make shoes. They bought up old ones and re-made them for re-sale, the same materials being used repeatedly. Hence the term – ‘cobble something together.’ 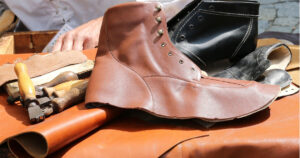 Although now seen as a sign of femininity and glamour – a pair of high heels was once an essential accessory for men.

The history of footwear is inextricably linked with the history of transport. In every century before the last two, the most common way of moving from one place to another was either walking or riding.

In previous centuries, horse-riding was almost exclusively a male pursuit and this had a profound effect on the design of men’s shoes. Men’s high heels helped keep the foot in the stirrup and helped control the horse during hard riding. They couldn’t be functional if the heel was too narrow or tapering, as it would tend to snap; and if they were too high, walking was difficult. 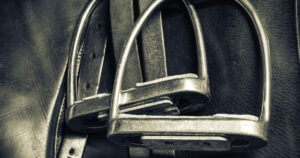 Therefore, the design was a response to practical need. They had to be dual-purpose, suitable for riding and convenient for walking. By the middle of the nineteenth century, improved coach design and development of the railways meant there was less demand for a boot primarily designed for riding and so the design changed again.

Some diminutive men through history also used them to make themselves appear taller, even the odd film star today.

During the same period surviving women’s shoes suggest they were not made to be worn outdoors. When women travelled, they went by coach or, in the seventeenth century, sedan chair.

Therefore, women’s high heels had little to do with practicality. Indeed, at the court of Louis 16th, women wore such extreme high heels that they could only walk with a stick and could not tackle stairs without assistance.

Of course the shoes described were the preserve of the wealthy. For the majority of people, footwear was chosen for practicality. Boots that kept the water out and the warmth in. Shoes and boots that were worn until worn out, often passed down from the wealthy to their servants as long as they weren’t too elaborate.

Fashions also varied from country to country. One example is the way the french revolution swept away all fashion and fripperies. Shoes became plain flat and without heels. The fashions that would give even the most masculine man a strangely female gait were replaced by that allowed walking to be natural and easy for the first time in generations.

Today’s shoes are a progression and natural development of earlier styles and continue to change year on year.

‘Shoes can lift the spirits, delight the sole and give confidence to the insecure’. Colin McDowell – Shoes, Fashion and Fantasy

Shoes develop with contemporary fashion moods and designers play with scale, proportion, colour, texture and function. What is most important is that they are comfortable, supportive and fit for purpose.

If you would like more information or an appointment with one of our Podiatrists then call Maidenhead Podiatry on 01628 773588 or e-mail us on info@maidenheadpodiatry.co.uk.

For further information or to book an appointment: 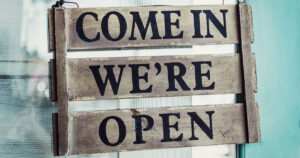